How did I become a children’s author?

This blog post is about how my career as a children’s author began. It is my testimony.

I always dreamt of being a mom. When doctors told me I could not have children and that my only option was to adopt, I was heartbroken. I definitely considered adoption but I couldn’t act without prayer. It wasn’t long before, by God’s grace, I was pregnant with my first child. I honestly thought I would only have one child but against all odds the Lord blessed me with four wonderful children; two sons and two daughters. Motherhood was not only a dream come true for me, it was my calling, my purpose.

I began creating stories to entertain my children when they were little and I wrote a special story for each of my four children. This made me an innovative, creative mother. A mother who wrote stories but it was by no means a career or calling at that stage.

Since the birth of my first child I had been a full time mom. When my daughters left for university, my house felt terribly empty. I can attest to the fact that empty nest syndrome is a very real thing. It was a hard, tearful time for me. With all my children grown up and out of the house, I had lost my purpose and calling.

A friend of mine reminded me about my love of writing children’s stories and encouraged me to get back to that but it seemed like an unrealistic goal, an unobtainable dream. So instead I got a job that lasted all of 3 days. I had no peace about the job when I went for the interview but I felt desperate enough to take it. I tried really hard to make it work but I knew it wouldn’t. I knew I wasn’t where the Lord wanted me to be. Then when I was expected to compromise my values in order to keep the job, I left. I felt even more lost and I felt like a failure.

I missed my children terribly and that intense longing for them, coupled with what my friend had said about my writing, motivated me to look for the four stories I had written for my children all those years ago. When I found them it brought me comfort and somehow made me feel close to my children.

I spent some time working on the stories, correcting grammar and improving the writing. Once I had edited the stories, to what I believed an acceptable level, I started searching on the internet for children’s book publishers in South Africa. I made a list of the publisher’s emails. Then I wrote an introductory letter and submitted my four stories in one document to every publisher on my list.

It didn’t take long before I received my first response. It said that my stories did not fit with their publishing profile. I remember thinking that was probably a polite way of saying my stories weren’t any good. I was terribly disappointed. I just sat and cried but then I very clearly felt the Lord urging me not to give up. I remembered about a fifth story I had written. I found that story, edited it and then I wrote a new story. I submitted the six stories to yet another publisher, who unbeknownst to me does not publish individual books. In fact, this publisher is only interested in a book series. A series being between 6-10 stories. So, 6 stories was the minimum and I didn’t even know that. Isn’t it incredible how the Lord works? I could have found the fifth story and submitted but the Lord urged me to write one more.

The response I received from the publisher was, “Not bad Jacqui” and it stated that my stories had been forwarded to their editor to review. It wasn’t an offer to publish but I felt very encouraged and hopeful. The feedback from the editor was even more encouraging, it said that my stories were delightful. However, there was still no offer to publish. I really wasn’t sure what to do but the Lord guided me to write four more stories which I then sent in to the publisher. The response was my first publishing contract for the set of 10 books produced as the Animal Adventures series.

During the editing process of the Animal Adventures series I wrote a new series of another 10 stories and from there I just kept writing. Approximately 3 months after securing my first publishing contract (for the Animal Adventures series) I signed my second contract for the Bug stories series, then one for the Farm stories series followed by the Sea stories. Four publishing contracts within 2 years, virtually unheard of but the Lord was making the way.

I had direction again, and a God given purpose. I could feel that I was moving in the Lord’s will for my life. All my stories have morals and valuable lessons that will help children in their daily lives. I see myself as merely an earthen vessel through which the Lord imparts these stories. I can’t say the production/publishing process was all smooth sailing, there were definitely some bumps in the road but the Lord’s hand was upon me and upon these stories/books. He gave me victory over every challenge.

Before the first print run of the Animal Adventures series arrived from the printers it was sold out. 1400 sets, a miracle. The publisher said it had never happened before. All 4 sets have been printed and the books are now available internationally as individual books, another mighty move of God.

At the moment I am submitting stories to new publishers and trusting the Lord to bring in new sales. I know these books and the stories I write are all to God’s glory and for His glory. I leave it all in His capable, loving hands. I have no doubt that more testimonies will follow.

So the answer to how I became a children’s author is by God’s grace. Thank you Lord. 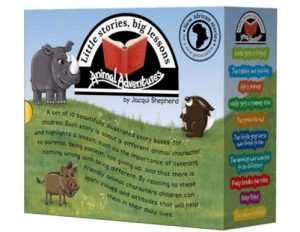 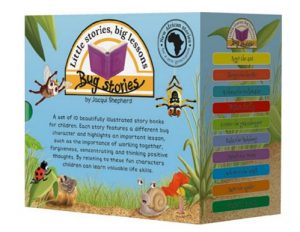 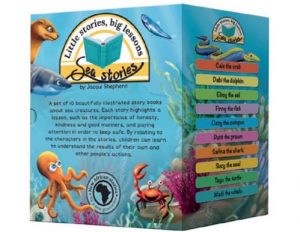 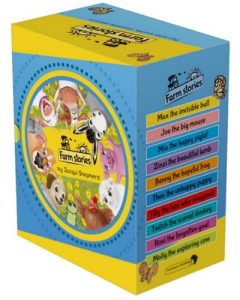